The German government has announced 13,000 more jobs for hospitals and care homes, but there is still a shortage of qualified medical staff. Germany faces a massive lack of medical care personnel, which means many hospitals are overburdened. Currently, roughly 1 million people work in the country's nursing industry.

Advantages of working in Germany

In general, graduate students from different countries who have diplomas in Medical Field. such Nurses cannot have the direct equivalence in Germany.

We take care of assisting graduated Nurses and Doctors to prepare and process the Equivalent application in Germany.

The document needed for the equivalence in germany (Nursing License)

All the above mentioned documents has to translated into German language and notarized from german consulate in home country or from burgermat in Germany. 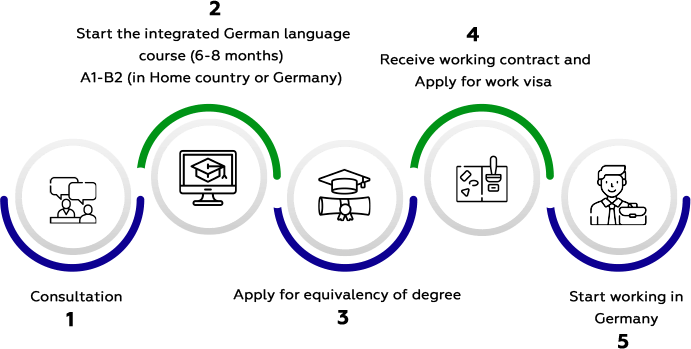